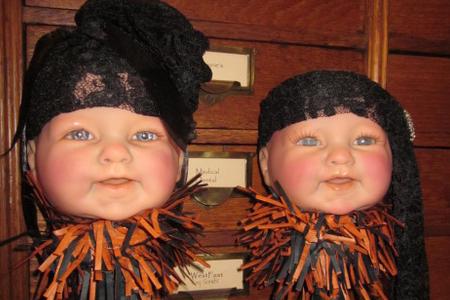 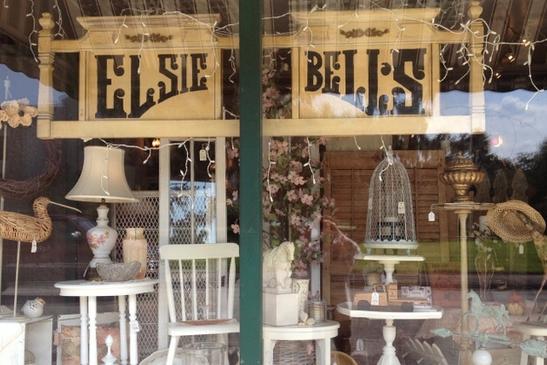 ​
Elsie Bell’s Antique Mall in historic downtown Palatka has reached a milestone -- $1 million in gross sales for its 30-plus dealers since opening in October, 2003.

“After expenses, this number may not mean as much but for our thriving family of dealers, it justifies renting space in our mall,” said Deborah Miles, owner. “I am proud to be able to offer a clean, safe and comfortable environment in which they can sell their treasures and I am grateful to the shoppers of Putnam County who support us both during and after tourist season.”

Miles said that even on opening day, the store had every square foot of sales space rented out and not much has changed since.

“I do bring in my own merchandise for fun but, if you have nice, quality items, we will find a space for you even if my stuff ends up in the back,” said Miles. “Several dealers only rent shelf space and that’s fine with us, as long as they’re selling nice things that our customers would want to buy.”

Miles says that Elsie Bell’s is a popular stop for dealers with antique shops in St. Augustine and Gainesville as prices are typically lower in Palatka.

“It’s not unusual for our merchandise to end up in a bigger city at a higher price,” said Miles. “We know what things sell for on eBay and we try to price our items somewhat lower. Plus, unlike with eBay, shoppers can inspect the items before buying – and there are no postage costs.”

In addition to antiques, the store also sells 1950’s style candy and a wide assortment of holiday merchandise.

“We traditionally get our holiday items on the floor well before the holiday so that dealers with shops elsewhere have time to decorate using items they’ve purchased from us,” said Miles. “It might seem odd to see Christmas merchandise out right after Labor Day, but that’s the nature of our business.”

But Elsie Bell is not our ghost.

Our resident ghost is Edgar Johnson, former funeral director of Johnson Funeral Home, which was located in this building. He has been seen by dealers and clerks alike, generally as a shadowy figure standing quietly in the wings or near the cash register at closing time. Dressed in his outdated black mourning suit with white pocket handkerchief, he causes no grief but plenty of mischief.

When we come in to open the store, doors that were closed the night before will now be ajar. The vacuum cleaner may be running. Tools will turn up in odd places. Merchandise will have been moved. In fact, a book of ghost stories was found on the floor every morning until it sold. Yet all of those circumstances can be explained away.

The most compelling story is of a dealer who came in the front door first thing in the morning, retrieved a key to the back door in order to unload, then came rushing up front saying, “There’s a man in your back room!”

“Can’t be,” said the clerk. “I just opened up the shop, gave you the key and you opened the back door. We would have seen anyone who came in.”

“Nonetheless!” The dealer was white with fright so the clerk went back to check. No man was found but all the boxes and heavy furniture in front of the closet doors had been moved. One closet door was open but nothing was found inside.

The clerk had some old photographs lying around and casually asked, “Do any of these people look like the man you saw?” The dealer pointed and said, “That’s the man!” The photo was not of Edgar but of Edgar’s twin brother, still living…but not around.
While alive, Edgar was known to be a neatnik with an eye for the ladies. He seems most agitated when the store is messy and most mischievous when pretty girls are present.

Several groups of paranormal researchers have spent the night in Elsie Bell’s former embalming room and, in 2011, the TV show “Local Haunts” filmed and recorded one of their segments here. First Coast News out of Jacksonville featured Elsie Bell's and the embalming room in April, 2016. View the segment on "Lewis and Clark Expeditions".

The researchers said they heard footsteps, felt hair-pulls and recorded a female voice moaning, “Come SAAAVE him!”
Upon leaving, the producer exclaimed, “This place has as many ghosts as it does antiques!”

We do hope you will visit. Our 30+ dealers have a wide selection of antiques and collectibles in every price range and our ghost is on vacation.

“I ain’t afraid of no ghosts!”
– Ghostbusters (theme song)